People who devote themselves into Computer Programming are often called: WEB DEVELOPERS

As common as it seems, there are many successful stories which proves that web developing is a decent profession that is both challenging yet fulfilling. Some are self-taught and others are learned through hard education.

In this article I would like to focus on the self-taught web developers and the things they should know before even starting to learn the career.

If you wish to start learning the basics, I recommend Bento.

2. Programming websites is not an intuitive skill
Programming is also a skill, but it’s not at all intuitive or tangible. Without guided learning, it’s impossible to even get started. The language tokens in code are symbols you’ve seen on your keyboard, but without guidance, a first time programmer probably won’t guess their meaning. You have to make the effort to actually learn. It will be difficult but rewarding.

3. Nobody has it all figured out.
The best web professionals continue their education constantly because there’s no end to the knowledge that can be gleaned. If you stop learning, you’ll start to feel miserable after a year or so because you’re once cutting-edge skills will now be the status quo. Worse, you’ll fall behind. The trick is to just learn a little something every day. Write a little code, read a blog post, wireframe an idea you’ve had… anything to keep your mind engaged and moving forward.

6. There are parts of programming you won’t like.
Not everything you will encounter in web developing is pleasant. It is like mathematics the harder it gets, the most complicated it can be. I encourage you to not turn away from those parts, rather take time in learning it.

As someone who teached myself coding from scratch I can highly recommend Ruby and Ruby on Rails as a starting language/web framework combination. Ruby is a great language and Ruby on Rails will save you a lot of time when dealing with everything from databases to deployment.

Sebastian Johnsson – creator of the Ruby on Rails app Smartlend.se.

Developing Web applications and/or websites is sort of time consuming and tedious job for every developer. In our fast and busy life we really need something that will save our time, developing web applications. 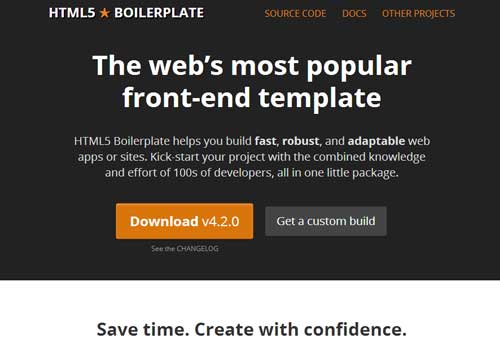 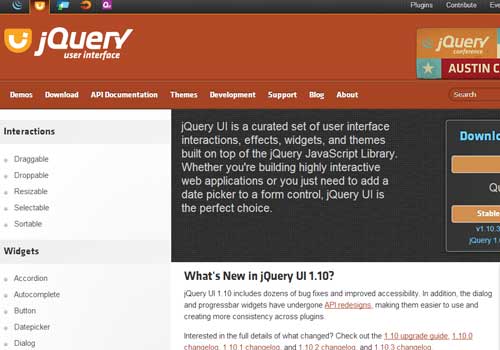 jQuery UI is a organized set of user interface interactions, themes effects, widgets built on top of the jQuery JavaScript Library and that’s why I love jQuery. Whether you are building highly interactive web applications or just need to add a date picker to a form control, jQuery UI is the perfect choice for you. 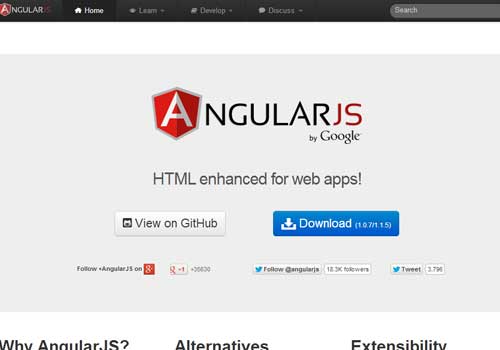 AngularJS is powered by Google. AngularJS lets you extend HTML vocabulary for your app. The ensuing environment is extraordinarily readable, expressive and quick to develop. 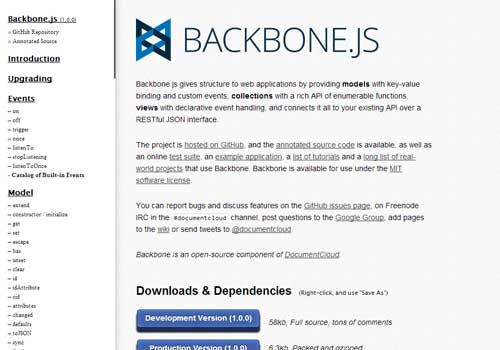 Backbone.js gives structure to web applications by providing models with custom events, key-value binding, views with declarative event handling, collections with a rich API of enumerable functions and connects it all to your existing API over a RESTful JSON interface. 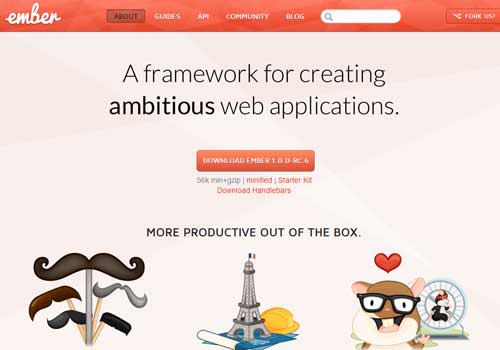 Ember.js is a framework for creating ambitious web applications that is built for productivity. Designed with keeping developer ergonomics in mind. Its friendly APIs can help you getting your job done fast. 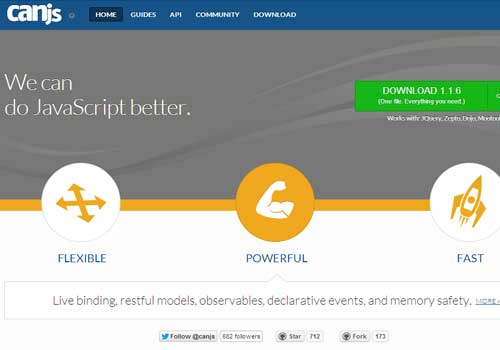 CanJS is a flexible, powerful and fast Javascript library. 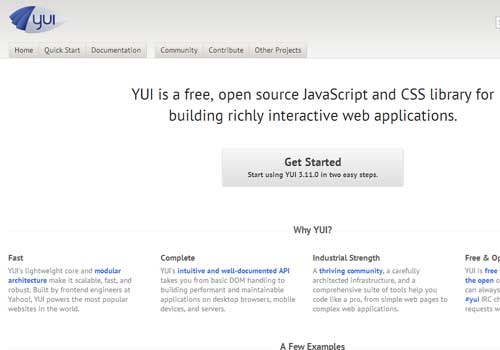 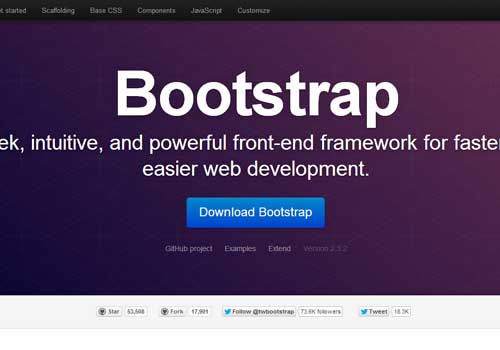 Twitter Bootstrap is the Front-end Framework that is Intuitive, Sleek and Powerful. It can be used for faster and easier web development. 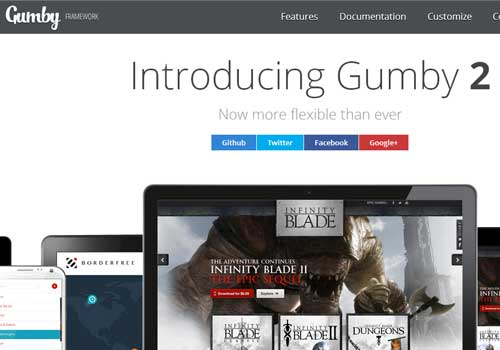 Gumby Framework has a latest version called Gumby 2 which is built with the power of Sass. If you you don’t know what actually Sass means then let me tell you that it is a powerful CSS pre-processor which allows us to develop Gumby itself with much more speed and gives you new tools to quickly customize and build on top of the Gumby Framework. 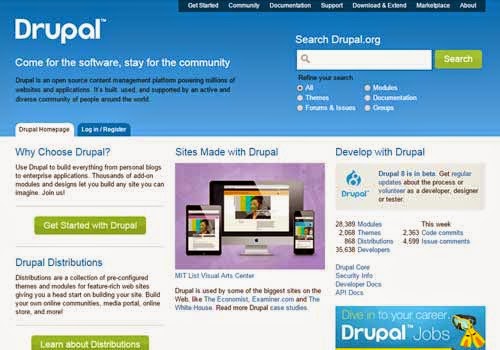 Drupal is one of the most powerful and used Content Management System in the world. It’s an open source content management platform that is powering a whopping number of websites and applications that include Government, Corporate and Personal websites, 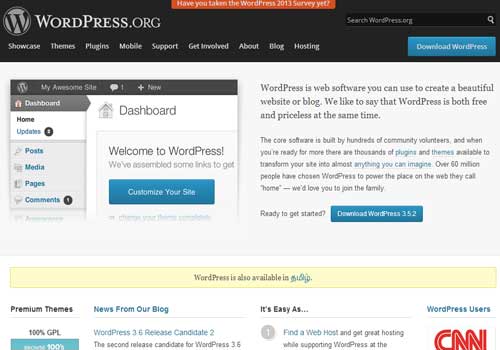 WordPress is web software you can use to create a beautiful website or blog. I would like to say that WordPress is both free and priceless at the same time. 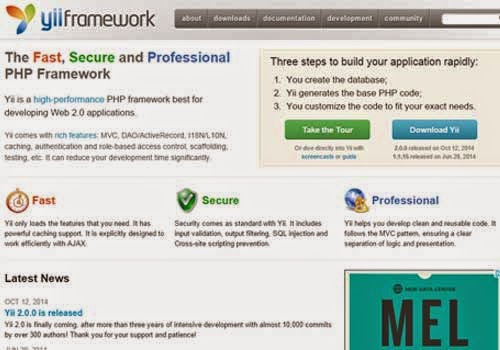 Yii Framework is the Fast, Secure & Professional PHP Framework as they claim it on their website. But do you think that it’s really capable of what a great CMS can do? Please share your views with us below in comments. 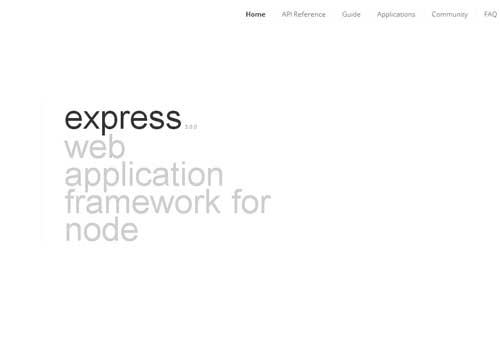 Express is a flexible and minimal, Node.js web application framework that provides a robust set of features for building single, multi-page and hybrid kinda web applications. 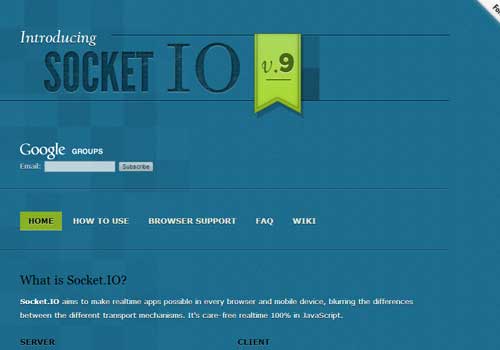 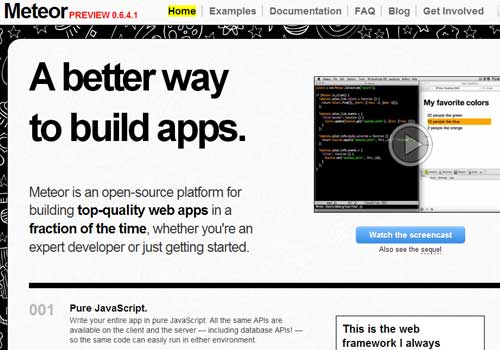 Meteor is an open-source platform that is intended for building top-quality web apps in afraction of the time, whether you’re an expert developer or just getting started. 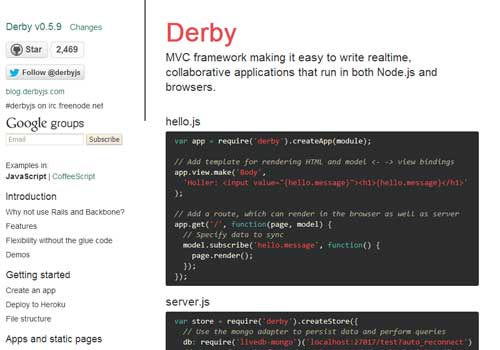 MVC framework makes it easy to write and create realtime, collaborative applications that can run in both browsers and Node.js. 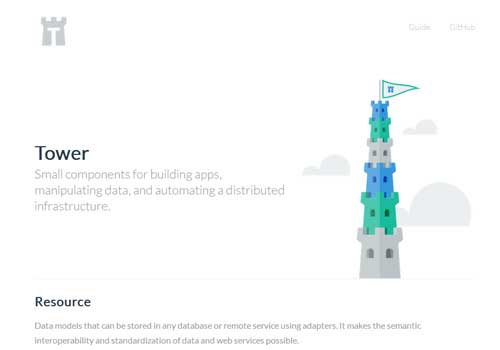 It’s no secret that technology trends move fast — and the tools and means for building those technologies constantly evolve. But if you don’t lift your head up every once in a while to look past the next year’s projects, you could end up coding yourself down an inescapable rabbit hole.

To help you prepare for — or at least start contemplating — a future that’s screaming across the sky faster than we can see, we’ve compiled some of the languages that would be part of the future of web development.

1. Ceylon
Gavin King denies that Ceylon, the language he’s developing at Red Hat, is meant to be a “Java killer.” King is best known as the creator of the Hibernate object-relational mapping framework for Java. He likes Java, but he thinks it leaves lots of room for improvement.

Among King’s gripes are Java’s verbose syntax, its lack of first-class and higher-order functions, and its poor support for meta-programming. In particular, he’s frustrated with the absence of a declarative syntax for structured data definition, which he says leaves Java “joined at the hip to XML.” Ceylon aims to solve all these problems.

2. Dart
Like JavaScript, Dart uses C-like syntax and keywords. One significant difference, however, is that while JavaScript is a prototype-based language, objects in Dart are defined using classes and interfaces, as in C++ or Java. Dart also allows programmers to optionally declare variables with static types. The idea is that Dart should be as familiar, dynamic, and fluid as JavaScript, yet allow developers to write code that is faster, easier to maintain, and less susceptible to subtle bugs.

3. Opa
Web development is too complicated. Even the simplest Web app requires countless lines of code in multiple languages: HTML and JavaScript on the client, Java or PHP on the server, SQL in the database, and so on.

Opa doesn’t replace any of these languages individually. Rather, it seeks to eliminate them all at once, by proposing an entirely new paradigm for Web programming. In an Opa application, the client-side UI, server-side logic, and database I/O are all implemented in a single language, Opa.

Opa accomplishes this through a combination of client- and server-side frameworks.

4. Go
Go is a general-purpose programming language suitable for everything from application development to systems programming. In that sense, it’s more like C or C++ than Java or C#. But like the latter languages, Go includes modern features such as garbage collection, runtime reflection, and support for concurrency.

5. X10
X10 handles concurrency using the partitioned global address space (PGAS) programming model. Code and data are separated into units and distributed across one or more “places,” making it easy to scale a program from a single-threaded prototype (a single place) to multiple threads running on one or more multicore processors (multiple places) in a high-performance cluster.

Hundreds of blog posts and articles are published every day, but there is no way you can read all of them. We think you should have a strategy to keep up to date, follow these simple steps:

1. Follow Cool People
Front-end leaders help you to stay on top of relevant news and trends. They are in-the-know and they work on a specific topic.

Twitter can be a great place to find people who are in-the-know.

2. Find the Best Sources
Around the web there is lots of useful information about front-end news and trends, but sometimes it’s too hard to find and read all of them. It’s a mess and you will go crazy!

Therefore, we have put together some of the best sources you might use:

For more list visit: How to keep up to date on Front-end technologies

3. Attend Conferences
Thousands of developers attend conferences to promote the latest technologies, share ideas, thoughts or experiences and learn from others. They discuss the best practices, standards and trends. You should participate in order to meet awesome people and organizations who do what you do.

For more list visit: How to keep up to date on Front-end technologies

4. Attend Meetup Groups
The process of learning is vast and one way to do it is to learn from others as well. Meetup Groups are common yet effective. It is important to share and hear what others think, or how others develop their websites.

Below are some of the lists of the largest meetup groups:

Becoming a web developer is a choice. It’s a personal decision that must be decided by each individual.

I cannot make assumptions of what makes you, them or me a web developer because each of us have our own reasons. However, what I can share for you is important if you want to become a front-end web developer:


3. Understand the basic concepts of programming